An Unsettling and Touching Journey 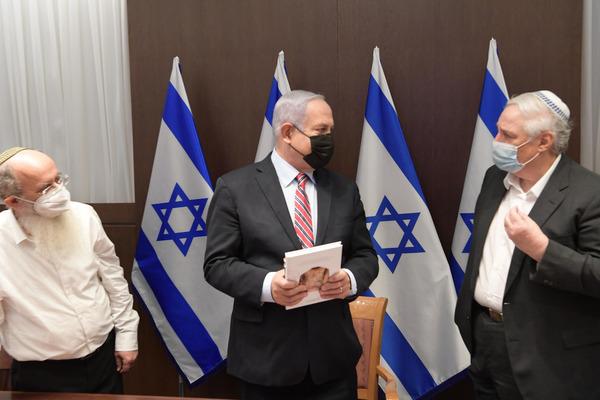 Yesterday, Prime Minister Benjamin Netanyahu was present at the book launch of Heirlooms: Memory and Cherished Objects, a collaboration between OneFamily and international fine art photographer Yaakov Jay Garfinkel.This unique book contains photographs of the personal belongings of individuals who were murdered in terror attacks in Israel. It enables these victims’ families to preserve a part of their legacy in the form of fine-art photography.

OneFamily assists thousands of families in Israel who have been affected by war and terror. The Memory and Cherished Objects editors invited families to participate in this one-of-a-kind project, including Miriam Peretz; who lost two sons, Uriel and Eliraz; Rabbi Uri Cherki, who lost his son Shalom Cherki and the Rosenberg family, who lost their daughter Rivka Holtzberg and her husband Gavriel in Mumbai.In all. Garfinkel interviewed and photographed thirty-three families, whose stories and memories are told in the book.

OneFamily founder Chantal Belzberg, Rabbi Uri Cherki, and photographer Yaakov Jay Garfinkel delivered the book to Prime Minister Netanyahu. Ms. Miriam Peretz, who joined the meeting via video, thanked Prime Minister Benjamin Netanyahu for meeting with the families and OneFamily.She thanked him for taking part in the book launch.  Peretz told Netanyahu that the book contains a photograph of two stones, one black and one white, taken from the site where her son Uriel fell in Lebanon. ‘I have placed the two stones on a model of the Temple in my home; when it is built, after people donate money for its construction, I will donate these stones, which symbolize everything that the people of Israel have endured. The black stone symbolizes our crises and hardships, along with the white stone, the stone of hope. This book is the heroism of Israel. This is the price we paid for this Homeland, of which we are so worthy.”
Rabbi Uri Cherki, who presented two books to the Prime Minister he wrote – Brit Olam and Brit Shalom – added, “These photos empower him and elevate Israel’s status in the world.”Israel is no longer on the defensive; it is now able to influence humanity both politically and spiritually.”

Chantal Belzberg, the founder of OneFamily, said, “We wanted to share with the Prime Minister, who is himself a bereaved brother, the final product of this unique project. The book reflects an unsettling and touching journey in which the reader, through these personal belongings, meets the dead victim of terror and the family who has lost a loved one. These memory objects are reminders of a life cut short early. The collection of stories and photographs reflects resilience, optimism, and the choice to continue to embrace life despite the tragedy. “

Chantal and Marc Belzberg established OneFamily to support families impacted by terror and war. The organization helps those who have lost a loved one or were physically harmed by a terror attack and ensures that they do not have to cope alone. The organization has a staff of 37 experts and oversees 500 volunteers; also, it operates three community centers. Since its founding, OneFamily has implemented more than 3,500 personal rehabilitation programs.

Prime Minister Benjamin Netanyahu said at the meeting that “the book is very powerful and very moving and touches one’s heart. No one knows this more than you. It is difficult for others to comprehend what this suffering is, and it is difficult to explain to those who have never experienced it. I want to thank you for this book. I will keep it in my office. I think its message needs to be spread so that it will reach every household in Israel”.

Terror survivors  suffer for years after the headlines disappear. The pandemic conditions exacerbate their preexisting conditions. Terror victims’ needs have risen drastically. The slogan comes from the notion that unlike Corona, terror has no vaccine and the aftermath and emotions will last a lifetime. “There is no Vaccine, for their Pain”. Now more than ever, stepping up for victims of terror.  Partner with us today to rebuild shattered lives, and be a part of the Antidote.