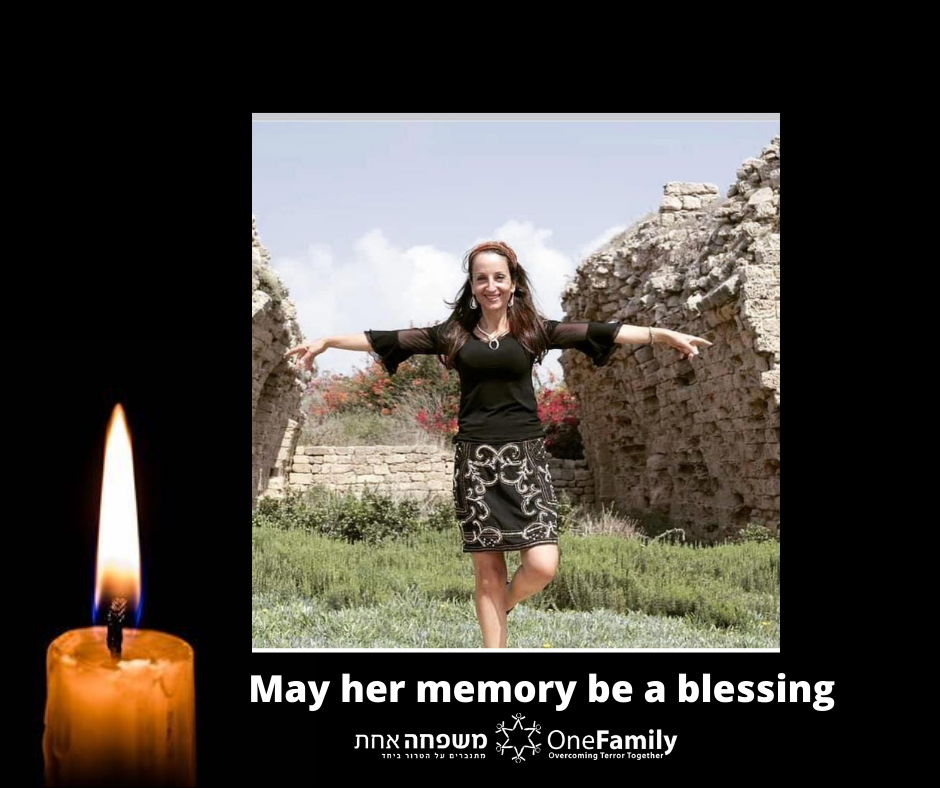 On Sunday, December 20th, the battered and lifeless body of Esther Horgen was found in Reichman nature reserve in the West Bank. She was a beloved wife, the mother of six, and grandmother of two. Esther z”l left her home around 1pm to go for a run, and never returned.  Esther’s skull was shattered with a large rock, and the hearts of her husband and children were shattered simultaneously.  The IDF, Shin Bet, and Israeli Police force have worked round the clock to capture the Palestinian terrorists who murdered her.

Today, OneFamily representatives paid a Shiva call to the Horgan family to show solidarity, comfort, and support to her grieving husband Binyamin, and their six orphans Ages 29 -13. Going forward, OneFamily will be there for all of their needs.  Esther z”l  immigrated from France over 20 years ago. She was described as a happy, smiling, artistic, and as an exceptional woman. She worked as a couples counselor and an artist in her community. Esther z”l “Devoted her entire life to peace and protecting her family,” a close family friend shared.

OneFamily is devastated and horrified at the murder of Esther Horgan. We stand with the entire Horgen family during this difficult time, and we pray that they know no more pain.

Help us provide the Horgen family with the extensive emotional and financial support they need during this unbearable time.

Help us Support the Horgen Family

May the family be comforted among the mourners of Zion and Jerusalem.
May Esther’s memory be a blessing.