What I learned from my son Ezra… 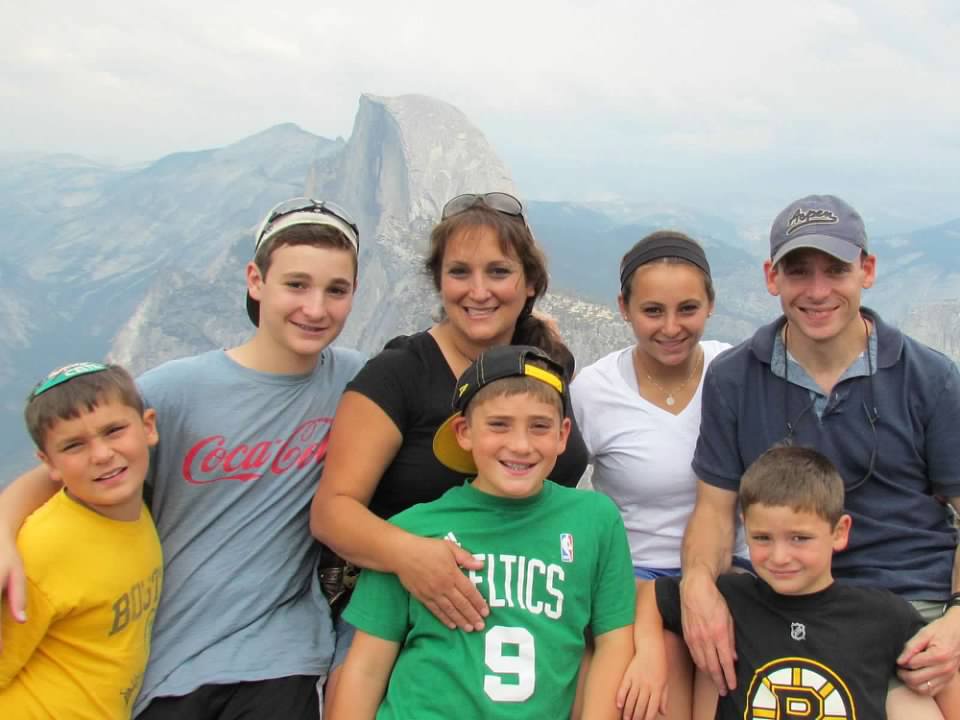 Mollie was married to Abe on Aug. 11th and it still feels strange to celebrate life’s biggest events without you.  It didn’t detract from our ability to be ecstatic and joyful because somehow we have figured out how to be happy and mournful at the same time.  The sorrow and anguish is still so deep but this does not detract from the happy times and life’s joys.  In fact, the highlight of the wedding for me was dancing and singing to Hashem Melech, your song, in your honor.  In that moment the happiness and excitement was so intense I think partly because it felt like you were there with us.  I was telling Abe’s parents, David and Michelle that I used to be afraid of how I would feel during the Bar-Mitzvahs without you but I no longer have those fears.  I’m able to have fun while crying for you at the same time.  It makes us feel better if we can be thinking of you while simultaneously celebrating.  I can’t pretend that it’s not extremely difficult to move through life without you. Instead, I have somehow figured out how to reverse the temptation to roll up in a ball.  I use you Ezra to push me to accomplish and achieve things that I would not be able to do without you by my side.

Ezra, I talk about this concept all the time when I speak publicly about you but it doesn’t hurt to say it again and thank you again.  Losing you has forced me to think about life in a different way.  It’s much deeper than the cliché, “life is short so make the most of it”.  It’s much deeper than creating a bucket list and trying to get through that list before you die.  You didn’t have a list but you lived a life without anxiety about things like status and reputation and success.  You went through life with a focus on enjoying yourself while being confident and happy with who you were.  Sometimes enjoying yourself required hard work and sometimes it was leaving your responsibilities behind so you could experience something special.  I think those who knew you would agree that if you could live your life again you would do it the same way.  I think that is the lesson that you gave me.  For some of us life will end sooner that we expect and when that day comes it’s not about whether you crossed everything off your bucket list, it’s about did you live the way you wanted to live.  Did you leave anything on the table?  It’s like a race, you never want to cross that finish line with the feeling that you left something on the table.  Whenever I’m feeling a little lazy, whenever I feel like I can’t do something I hear your little voice.  C’mon dad, you can do it.  That little voice pushes me and it feels good to keep you next to me as my little motivator.

This summer I coached the Maimonides baseball team.  I’m not their coach but school was over and the seniors never had a final season.  We played 9 games during the summer and travelled to NJ to play three games.  With the help of other parents we managed to salvage a mini season for these boys who missed out on their season.  It was a lot of work but I couldn’t bear to allow Hillel and Eitan Pomper’s baseball career to end with nothing.  Ezra it was you who created this season. I never would have done this without you telling me, just do it dad.  Don’t worry about the work or doubts that it will work.  These voices are incredibly motivating and I can’t shut them out.  I don’t want to shut them out.  It’s inspiring.  You never know when your last game will be so you may as well give it everything you have.  I remember your last game Ezra, you lost, but you gave it everything you had.

Speaking of Hillel, your brother is off to Israel.  It was scary to send him but we are proud of him, deciding what he wanted to do this year and where he wanted to go.  I can see the influence you had on him.  Just like you, he decided for himself that a Yeshiva was the right place for him and right now despite Corona he is really enjoying himself and is clearly motivated, like you to get the most out of his year in Israel.  His Rav, Rav Yair, wrote a beautiful note to the Yeshiva group asking all the boys to donate their capara money from Yom Kippur to OneFamily, in memory of you.  It still amazes me how many people think about you and honor you with notes and letters and speeches and memorials.

Ezra, there was something special about you that drives 34 people to be on top of this mountain for you.  Those who knew you know what that was but it’s hard for me to put into words.  But, you are not the only one, sadly there are thousands others like you who have lost their lives and they too were special and they too have families and friends who will never stop grieving and that is why we need an organization like OneFamily.  It’s the only place where my kids can go where they feel that others know what they have been through.  We are forever indebted to them for how they have helped us and that’s why we raise money for One Family each year.  But OneFamily is not our only support because we have all of you.  Uncle Peter who helps me organize this every year.  Mom, who keeps in touch with every living being that ever knew you, and all your friends and family, including Bubbie and Aunt Elisabeth, who are with us every day.  This year, we also have a special guest, Rabbi Cheses, who named his son after you, who seems like he knows you but sadly never got to meet you.
Ezra, I love you.  Next year I plan to write again from Badlands National Park in South Dakota on Oct. 3rd.  Everyone is invited.  Everyone who comes makes this special.  We don’t care if we know you, but if you come you will add to the emotional high that is this day.

These people are here for you Ezra.  Unfortunately I don’t think my writing is able to describe or explain how much all of these people means to us.