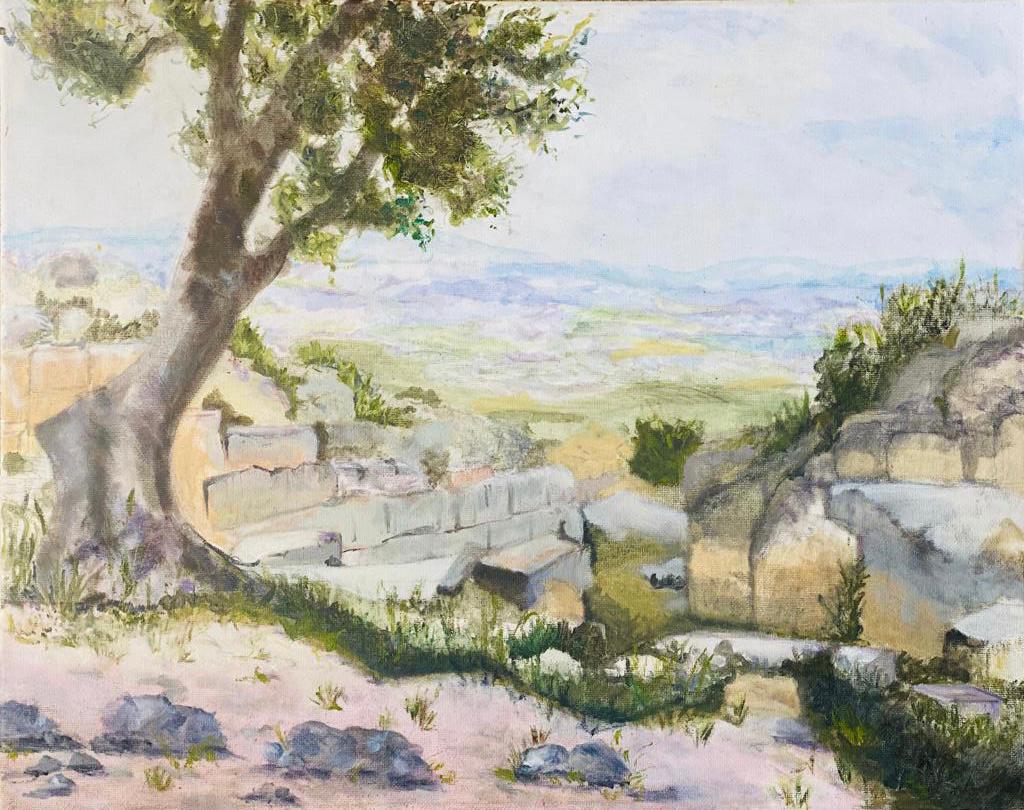 Moshe Kamoun is the embodiment of the old adage  “when life gives you lemons, make lemonade”. In Moshe’s case however, lemonade is beautiful art ”.

Moshe Kamoun moved to Sderot, Israel from France and did his army service for 2 years. On December 12th, 2014, Moshe Kamoun was attacked by a terrorist who threw acid on him. He was fortunate to learn that the acid did not burn through his corneas and would not leave him blind.Though it did end up leaving him unable to work, injured, and a feeling of despair.

He knew he wanted to do something to get out of this rut that he was feeling – he needed to. He then came across the Art Therapy workshop at One Family ran by Yael Sherki. Before the workshop, he had never picked up a paintbrush before. He picked up the paintbrush and it was love at first sight touch. Yael taught him how to hold the brush, create strokes, and turn his thoughts and words into pieces of art. It helped him. He began to feel again. Moshe developed a love for art and was inspired to Study Art at the Pardes Visual Arts School.

His family of 5 is vey supportive of him and proud of all that he’s accomplished so far. He incorporates Tehilim into his artwork creating beautiful masterpieces that honor himself and HaShem.

Moshe is living proof that even after the trauma and darkness he suffered, colours can be found again in life.